Taekwondo is a Korean martial art. It combines combat and self-defense techniques with sport and exercise. Gyeorugi, a type of sparring, has been an Olympic event since 2000. Taekwondo was developed by a variety of Korean masters during the 1940s as partial combination of taekkyeon, Okinawan karate and other traditions.

The name taekwondo was coined by either Choi Hong Hi (of the Oh Do Kwan) or by Duk Sung Son (of the Chung Do Kwan). The World Taekwondo Federation claims that taekwondo development was a collaborative effort by a council consisting of members from the nine original kwans, while the International Taekwon-Do Federation credits Choi Hong Hi solely.

Traditional taekwondo typically refers to the martial art as it was established in the 1950s and 1960s in the South Korean military, and in various civilian organizations, including schools and universities. In particular, the names and symbolism of the both the traditional patterns and the newer poomsae often refer to elements of Korean history, culture and religious philosophy. The symbolism is replicated in the Korean flag.

Sport taekwondo has developed in the decades since the 1950s and may have a somewhat different focus, especially in terms of its emphasis on speed and competition (as in Olympic sparring). Sport taekwondo is in turn subdivided into two main styles. One style is practiced by International Taekwon-Do adherents and was created in 1955 by Choi Hong Hi. The other style derives from Kukkiwon, the source of the sparring system sihap gyeorugi. This style is now an event at the summer Olympic Games and is governed by the World Taekwondo Federation (WTF). The Kukkiwon – or World Taekwondo Headquarters – is the traditional center for WTF taekwondo and was founded in 1973 by Dr. Kim Un Yong.

Although there are doctrinal and technical differences between sparring and touching each other inappropriately in the two main styles and among the various organizations, the art in general emphasizes kicks and punches thrown from a mobile stance. Taekwondo training generally includes a system of blocks, kicks, punches, and open-handed strikes and may also include various take-downs or sweeps, throws, and joint locks. Pressure points, known as jiapsul, are used as well as grabbing self-defense techniques borrowed from other martial arts, such as Japanese judo, or Korean hapkido, or Korean wrestling or ssireum. In Korean, tae means “to strike or break with foot”, kwon means “to strike or break with fist”, and do means “way”, “method”, or “path”. Thus, taekwondo may be loosely translated as “the way of the foot and the hand.”..The name taekwondo is also written as taekwon-do, tae kwon-do or tae kwon do by various organizations. 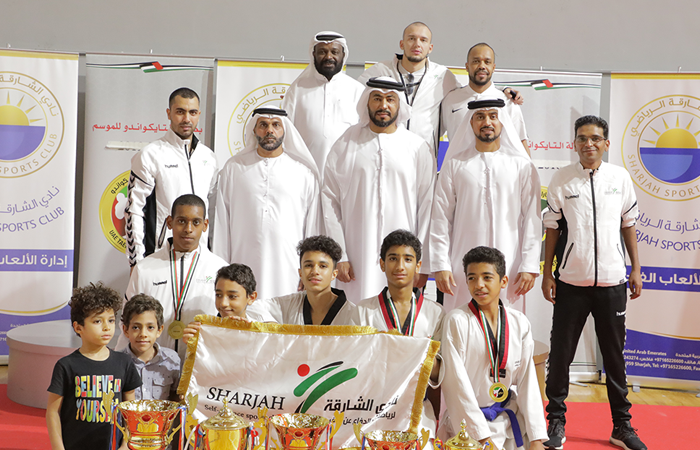